Vitamin B12 And Alcohol – Nutrient Deficiency And Repair The relationship between vitamin B12 and alcohol is well known, especially since prolonged alcohol exposure severely depletes stores of this vitamin. This article will discuss the importance of vitamin B12, symptoms of deficiency, and how to repair this deficiency while covering other nutritional bases as well.

This is one of a series of articles on Fit Recovery about basic nutrients that are depleted by alcohol. The mainstream addiction treatment industry all but ignores the role of nutrition in healing from alcohol addiction. This glaring omission causes an incredible amount of preventable suffering.

Why Do We Need Vitamin B12? Vitamin B12, also known as cobalamin, is a water soluble vitamin that is most often associated with energy levels. Many people get vitamin B12 shots, or take oral capsules, to maintain a sense of well-being and high energy.

Vitamin B12 is actually necessary for a large number of bodily processes, including:

Vitamin B12 toxicity is extremely rare. Few adverse effects have been reported from healthy people taking very large doses of vitamin B12.

How Alcohol Depletes Vitamin B12

Heavy drinking depletes vitamin B12 through a number of mechanisms:

Vitamin B12 is stored in the liver. As chronic alcohol consumption progressively damages this organ, vitamin B12 stores in the liver become even more severely depleted.

Before I quit drinking, I had extremely low energy levels, tingling sensations in my limbs, and symptoms of an inflamed liver. I later learned that B-vitamin supplementation is crucial in restoring energy levels and reversing nerve damage caused by alcohol addiction.

Symptoms Of Vitamin B12 Deficiency

Symptoms of vitamin B12 deficiency include:

As we have already discussed, deficiency in vitamin B12 and alcohol addiction usually go hand in hand. When I quit drinking, I was deficient in many vitamins and minerals despite being an otherwise active man in my twenties.

The fact that I had a very healthy diet for someone with severe alcohol dependence did not seem to matter. The B vitamins that I took for six months after I quit drinking definitely helped me feel better, and fixing my vitamin B12 deficiency probably helped in more ways than I understood at the time.

It’s important to note that blood tests for severe alcoholics with damaged livers often show normal to high serum levels of vitamin B12. This is the case because damaged liver cells can no longer maintain crucial stores of vitamin B12, letting them loose into the blood.

Therefore, high blood serum levels for vitamin B12 can actually be a marker of liver disease, rather than a sign that the body overall contains optimal levels of vitamin B12. Supplementation with vitamin B12 may still be appropriate along with alcohol cessation and a plan to repair the liver.

If you have liver disease, be sure to take supplements and medications only under the supervision of a doctor.

How To Repair Vitamin B12 Deficiency Meat, milk, and cheese are good sources of vitamin B12. However, since most alcohol-dependent people already have poor gut health, it is difficult for them to absorb enough vitamin B12 from foods alone.

People with heavy, long-term exposure to alcohol need higher doses than the average person with a minor vitamin B12 deficiency. The optimal way to repair an alcohol-induced nutrient deficiency is through supplementation.

If I were to quit drinking today, I would take two supplements that contain large doses of vitamin B12:

Vitamin B12 is just the tip of the iceberg with these supplements. Between them, they contain a lot of powerful nutrients for biochemical repair. 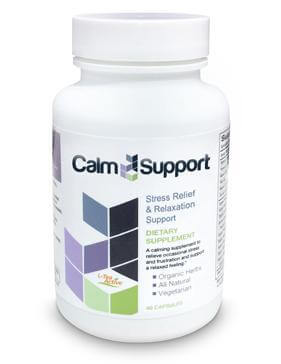 Many people have found Calm Support and Sleep Support to be an extremely powerful combination for combatting cravings, getting their energy levels back, and sleeping better after quitting drinking.

You can read my review of Calm Support here, and you can read more about Sleep Support in my article on alcohol withdrawal insomnia.

I never took a standalone B12 supplement, but I took various B-complexes bought from supermarkets after I quit drinking. None of them are nearly as powerful for repairing the vast spectrum of alcohol-induced nutrient deficiencies, including vitamin B12 deficiency, as the combination of Calm Support and Legion Triumph. If I had to quit drinking all over again, I would absolutely use these two supplements. Scientific research indicates that alcohol consumption contributes to vitamin B12 deficiency, that supplementation with vitamin B12 can help restore levels of this nutrient, and that alcoholic liver injury results in the purging of vitamin B12 from the liver:

Unfortunately, most research money in the U.S. goes to studying prescription drugs instead of basic nutrients like vitamin B12 that we need to function properly – yet which cannot be patented.

I hope you’ve learned something useful from this article about vitamin B12 and alcohol.

If you have any questions about the relationship between vitamin B12 and alcohol, please post them in the comment box below.

I like your article; very informative and helpful. Thanks!

Hello… Interesting. Thank you. I have been drinking alcohol 5 or 6 and even sometimes 7 beers a day for about7 or 8 months. Started slowly. A 5 o’clock beer on s three beer day turned into a 4 o’clock 4 beer day… Etc etc… Then starting near (or just before) noon with 5 to 6 beers being regular. I’m tall but light. 6 foot 155 lbs. I started having fainting spells earlier this summer. Then i had a crash 3 weeks ago. 911… Heart ok. Blood sugar ok… Then worse… Ridiculous fatigue and brain fatigue… Needing to pause in… Read more »

I’ve been a daily drinker for decades. Cocktails at night almost every night, and maybe once a month I’ll drink through an entire day on the weekend, “booze and snooze”, which became “I’m going to Boise” cause humor softens most everything. But sometimes when inspired to drink less or quit altogether, such as being in a relationship w/a non-drinker or just fed up feeling poisoned, I’ll go for weeks or months drinking hardly anything. And if you go to http://www.mikodel.com, you’ll find I am passionate about health and strength, pure water and plant-based nutrition, tree climbing, meditation and Spirituality. And… Read more »

Inspiring stuff Miko! Thanks for motivating others here – and keep it up!

thanks for that comment or letter. I can so relate to all you said. I was sober for 5 months then relapsed again and then found fit recovery. They are the absolute “Fit” I needed because they are so diversified in what tolls work for you. I too was eating right and in shape for years but alcohol was also my everyday diet and I have suffered for it mentally and in my relationships. thank god I have support and unconditional love in my life. I read books, meditate, journalize take suppliments and amino acids. Of course still workout and… Read more »